How would you like to turn your love for writing into a digital business that earns you multiple 6 figures? This case study reveals how New York Times bestselling author, Joanna Penn, built her six-figure digital business.

Earning a living as an author isn’t exactly rainbows and unicorns.

The truth is, saying you want to be an author doesn’t look like a viable career path for a sane person.

And this wasn’t Joanna Penn’s intention either. But for some magical reason that had nothing to do with writing books where the characters killed other characters, she started on that path.

Asides being a fiction author, Joanna Penn also teaches other authors how to self-publish and market their books online. And this has helped to build her authority and brand.

As a graduate of Theology from Oxford, you’d wonder how someone with such a degree would transition into a career so creative and profitable.

A more in depth look at how Joanna Penn transformed her writing talent into a book based digital business is today’s Talentpreneur story.

How Joanna Penn got started 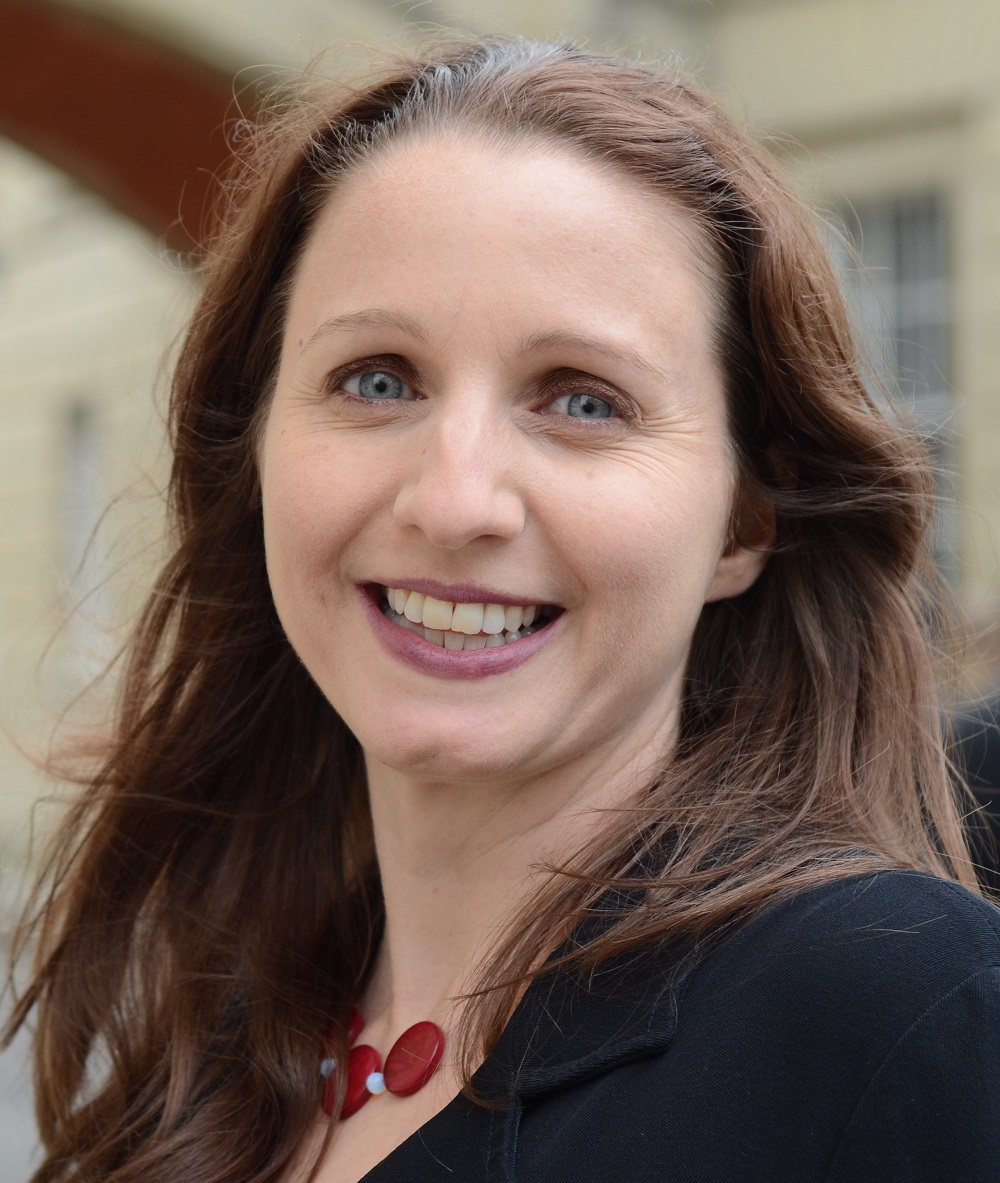 Joanna hasn’t always been an entrepreneur. In fact, she didn’t know she would be one.

According to her interview by Yaro Starak on the Entrepreneurs Journey podcast, Joanna was a management consultant who was highly paid, but just hated the job.

Her motivation to transition to being an entrepreneur came when she decided to actually write a self-help book that could otherwise help promote her interest in professional speaking.

I started reading a lot of self-help. I discovered audios, started listening to self-help audios and decided that I would write a self-help book for people who wanted to change their careers in the hope that I would change my own life with that book.”

This was back in 2007 when there were no eBooks. So she self-published and had 2000 books in her house. After doing a ton of publicity (TV appearances, press releases, newspapers, radio, etc.) for about 5 months, she made zero sales.

At that point she made the decision to try out the digital space and that’s when things started to take off.

How she chose a brand she was passionate about

The digital journey is sincerely not a straightforward one. One advice I’ve held on to is to have a plan and then just put one foot in front of the next to continue the journey.

Joanna started a blog around her first book. But that soon fell by the wayside. Her second blog was also a disaster.

So she went back to the drawing board to really figure out what she wanted to do for the rest of her life.

The answer was simple – to be creative. And her brand, The Creative Penn was formed.

As she further stated,

If you find yourself not able to make content for your site, then give it up because you have to be enthusiastic about creating content.”

Taking off with The Creative Penn Brand

In her first year, she setup WordPress, bought the domain name and used Aweber to build her email list (which I always recommend). She also started with a free theme and later moved to a premium WordPress theme.

But the important part of her story is the fact that she didn’t let all the techy problems stop her in her tracks.

In building an online brand, you can’t say, “I don’t know that, so I’m not going to do that” especially when you’re just getting started with little to no budget.  Learning the ropes is super important, even if it’s just a small aspect.

I’ve pretty much done everything myself. I’ve paid some people to help me when things just haven’t worked. It was much more complicated back then. But now, it’s super easy. You can build a WordPress site in a few minutes. I kind of figured it out myself.”

Not many authors see themselves as entrepreneurs. In fact, unless the author in question has had to do some marketing before, the word “business” freaks them out.

For Joanna, that wasn’t the case. Perhaps due to her background in management consulting, anything she was going to lay her hands on asides her job was supposed to bring in some income for her.

In her interview with Mark McGuiness, she stated,

I collaborate with other authors—creating a business, creating wealth, creating something new in the world is just fantastic. And so I think when people use the word ‘business,’ it can bring up pinstripe suits and things in the brain, but actually, it’s all the exciting things about creating value from ideas, which is essentially what an entrepreneur is.”

As an avid marketer herself, Joanna did a lot of work pushing her fiction and non-fiction brands online. And although the digital landscape changes, thus bringing in new trends and tactics, Joanna never lost sight of the principles that work.

I’ve been doing the same kind of content marketing since 2008…I had to create content that would resonate in the long term and that would be useful. And would get me SEO traffic for years ahead.”

Choosing what social network to be on is also another daunting process.

At first, I used to think that the more networks you’re on, the more impact you’ll make. But then I quickly realized that instead of trying to spread 5 hours across 5 different social networks (one hour each), it would be better to focus on just two ideal ones and make them work.

In this case study about Joanna Penn on Forbes, she said,

And she sure knows what she’s saying.

Joanna presently has over 68,000 followers on Twitter and 15,000+ Facebook fans. Not that numbers is a criteria for online authority, but it does show that she practices her own advice.

From quitting her job to becoming a full time Author

Writing novels wasn’t her intention when she first started. However, in November 2009, she started writing “Stone of Fire” which eventually became her first novel. She learned how to write fiction in 2010 and published her novel in 2011, while still blogging.

And all this time, she still had her full time job. When she eventually made the decision to leave, her family downsized their possessions, she saved about 6 months of income, quit her job, and moved to the UK.

At this point, she was only making about $1000 from her digital business but understood that to really grow it, she had to leave. Not in a risky way by simply jumping out, but by saving and having less expensive stuff.

This reminds me of how I left my job to focus on my interests. I only took the leap when my digital business (which I did on the side back then) started bringing in revenue that was more than my monthly salary.

When Joanna’s fiction really took off, it was then packaged as a separate brand under the name “J.F. Penn”.

But promoting fiction books is a different ballgame. This is where you get creative with the media you use. And she understood that.

Fiction marketing is very very different from non-fiction marketing. For example, I’d say guest blogging is completely useless for fiction. Whereas having a free book up on Amazon that you send traffic to like by paying for promotion or Facebook ads is a much better way.”

Fiction authors are quick to believe that they can make a million dollars from their single book. Unfortunately this is not the case. Joanna has over 10 novels and quickly realized the truth about making a living as a fiction author…

The friends of mine who make 7 figures, eight figures with books have 40 books for example. If people are looking to make a living just with books, it has to be volume.”

Making mistakes and finding a mentor

One of the most important aspects of growing a digital business from something you’re good at or want to be good at is to find someone who has done what you want to do, as I explained in this post.

Joanna also did the same thing:

When you decide on that future life that you want to have, just find mentors. And when you’ve found a mentor, model them. Model those people who are actually making money in the way that you want to make money…

…Investing in your education will help you navigate to success by modelling people who have been there before you.”

How Joanna Penn earns a living from her digital business

Joanna didn’t start earning from her digital business until after a year. Traffic to her site only started coming in at a good amount after 6 months, as she stated on her interview on the Entrepreneurs Podcast.

In her interview with Brian Clark on the Unemployable podcast, she outlined how authors can also recycle just one book into multiple streams of income. As she stated,

A book is not just a book. Think about your book as that one manuscript. You can then turn this into multiple streams of income, and you don’t need a publisher to do it.”

She went on to outline different ways you can earn from just one book:

She further went on to say that;

Even if your book only sells a couple of copies in all of those different streams every month, that really does add up over a lifetime”.

Joanna Penn earns from a variety of products and services. But the important thing to note is that her blog serves as the marketing channel for all these revenue sources.

For example, as she stated in this interview,

I’ve never had to pitch for speaking. So I’ve always got my speaking work from my blog.”

Other ways she earns include:

Joanna has two courses on The Creative Penn which she earns from.

You can see more of her fiction books on her author site. 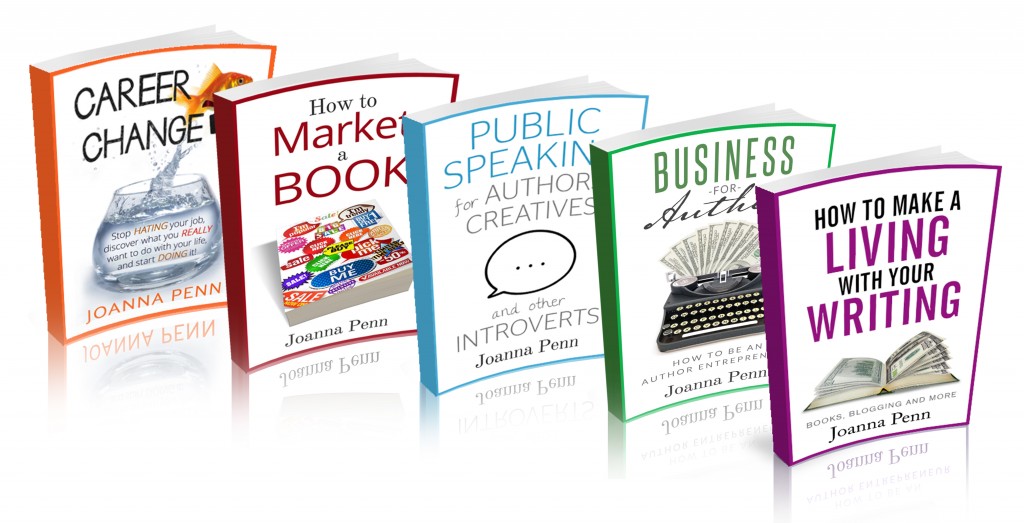 She also earns from Corporate sponsorship for her Podcast, “The Creative Penn Podcast”. 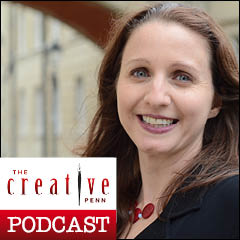 You can find out more here.

Affiliate marketing and audio book sales, among others are other revenue generating sources for this veteran authorpreneur.

Get all the training you need

Are you also an author? And how does earning from it sound to you?

From Joanna’s story, she grew her digital business by setting up her website and creating content that grew her online authority. She did all this with direction from her mentors. From there, everything else took off.

Like Joanna, you too can take your love for writing and helping people to the next level. Let’s make that happen for you.

Enter your name and email address below to get our free transformation toolkit where you’ll learn:
– How to overcome the 3 obstacles preventing you from getting started online.
– A 7 day e-course on how to setup your website the right way.
– A free gift worth $250 + free coaching to help you get started.

I'm a content marketer and founder of RATHERSURE. I'm on a mission to help every talented person do good work and earn a living from it online. Let's do this!
Work With Me or Follow me: LinkedIn / Google+.